Pitch correction of vocals has become a norm in music production since around the beginning of this century. Digital editing is now so common that basic tools are included in many DAWs (Digital Audio Workstation).
However, among the many factors that define vocal quality, there are some elements that can be brushed up digitally and others that cannot.
Another factor to consider is that each element in a singer's performance carries a considerable amount of information hinting at their skills. How far one can manipulate a single factor without overcooking it may be limited by how soon the brushed-up performance begins to contradict what another factor implies. Such incongruencies may feel unnatural or even eerie to listeners at conscious or unconscious levels, inviting them to the "Uncanny Valley."

In a nutshell, this is a term often seen in the fields of robotics and 3D computer graphics, describing how the more accurately androids emulate humans, the more discomfort the viewer feels by the subtle differences from humans.

Below, I list the factors in a recorded voice that can be digitally edited and the ones that cannot. As sidenotes, I also share some personal thoughts on why one edit would appear to have entered the Uncanny Valley while the same degree of editing may have been successful in another session.

If a singer, due to lack of skills and/or limited studio hours, does not expect to execute a perfect performance, then focusing on the non-editable factors and leaving the rest for post-processing may be a valid strategy to have a convincing track in hand at the end of the day. This article is written primarily for vocalists with little or no familiarity with the digital studio. But it is my hope that engineers and directors might also benefit from these tips.

What CAN be manipulated

This is doubtless the most common factor altered during vocal editing.

To what degree a pitch can be altered without being noticed depends on the nature of the source, but the limit can sometimes be pushed to a surprising degree.

My personal experience says that voices of a clear tone can often be moved in wider ranges, while those that are breathy or contain dissonant elements will suffer when moved by larger intervals, perhaps due to DSPs being lost in the process of handling harmonics in the voice. 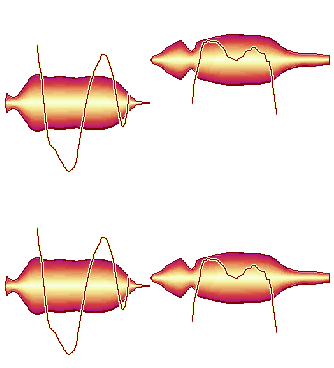 The timing of notes can be manipulated. In addition to conventional "cut & splice"-like edits, individual notes or even parts of notes can be stretched. This also allows for manipulating the groove of a performance to a certain degree, for example by shortening certain notes to make them sound lighter. 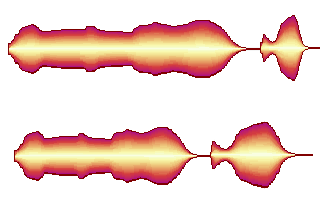 Simple volume changes have traditionally been done using audio mixers and does not require specialized tools. It is probably worth noting, however, that with DAWs and their automation features, much more precise control that was unachievable on traditional mixing consoles is now possible.

It is important to note that this "volume" differs from a note's "energy," as I explain below. 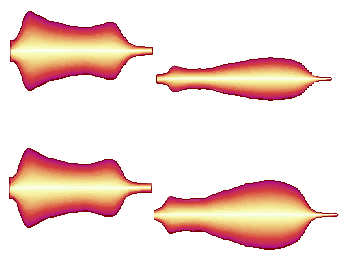 The width of vibratos can be narrowed or widened rather easily. However, what is not easy is to completely eliminate a vibrato while retaining a natural sound, and conversely, to create vibrato from a note that was sung straight.

What CANNOT be manipulated

Consonants, if simply too weak, can be brought to the foreground in the mix perhaps with some equalization and/or volume control. If such consonants are absent to begin with, however, there is little if any that can be done to improve the clarity.

Steps to the Uncanny Valley

Energy in the voice

Energy refers to how strong one would shout/whisper and is not always tied to the above-mentioned volume component. One readily understands that editing cannot successfully transform a whisper into a shouting voice, and vice versa. Also, changes in such tensions within a performance must flow smoothly, or else it may make the singer sound less skilled than if it were sung straight through out in the first place.

Vocalists who can successfully draw the listener's attention generally have precise control over not only pitch and timing, but also the energy in each note, thus enhancing the flow of the melody.

Steps to the Uncanny Valley

As in the previous column, changes in such energy without certainly, ignoring the flow of the composition, that itself suggests to the listener a possible lack in skill. This is another factor which is often incongruent with fine pitch and timing that otherwise would have been acceptable.

Also, it is natural that more breath and energy is required to hit the higher notes, not only for wind instruments but for vocals as well. I often come across commercial recordings (mostly sung by celebrities rather than professional singers) in which the melody line jumps up an octave without giving the slightest sense of an "approach run." It was obvious that the performer had sung the entire tune flat and off-key, the notes later having been put in place during post-processing.

Cycle speed on a vibrato

As mentioned above, the width of vibratos can be altered quite easily. However, when it comes to the timing at which the vibrato is introduced and how rapid the swing between longer notes, these properties cannot be manipulated so much. Vibrato is an important factor that adds color and expression, especially to longer notes that otherwise may sound boring. As with the flow in energy, changing the vibrato's character (or making the decision not to add any) is a factor that distinguishes an attractive vocalist from a sub-par one. I have experienced instances in which the production was completely ruined because of vibratos that did not match the style of music.

To recap, if you are a vocalist who is not familiar with the editing process, it would probably be helpful to know which of the above factors in singing can be fixed and which cannot.

When finding it difficult to nail a high note, as long as the tension flows naturally, intentionally keeping the pitch a few notes lower and leaving it for the editor to fix may result in a more convincing recording. And if you have a clear vision on how you want the melody to flow but can’t perfect the performance in time for the recording session, don’t bother getting the timing right down to the millisecond.

I hope this article will prove helpful when making decisions on what to prioritize during recording, and perhaps even during practicing.